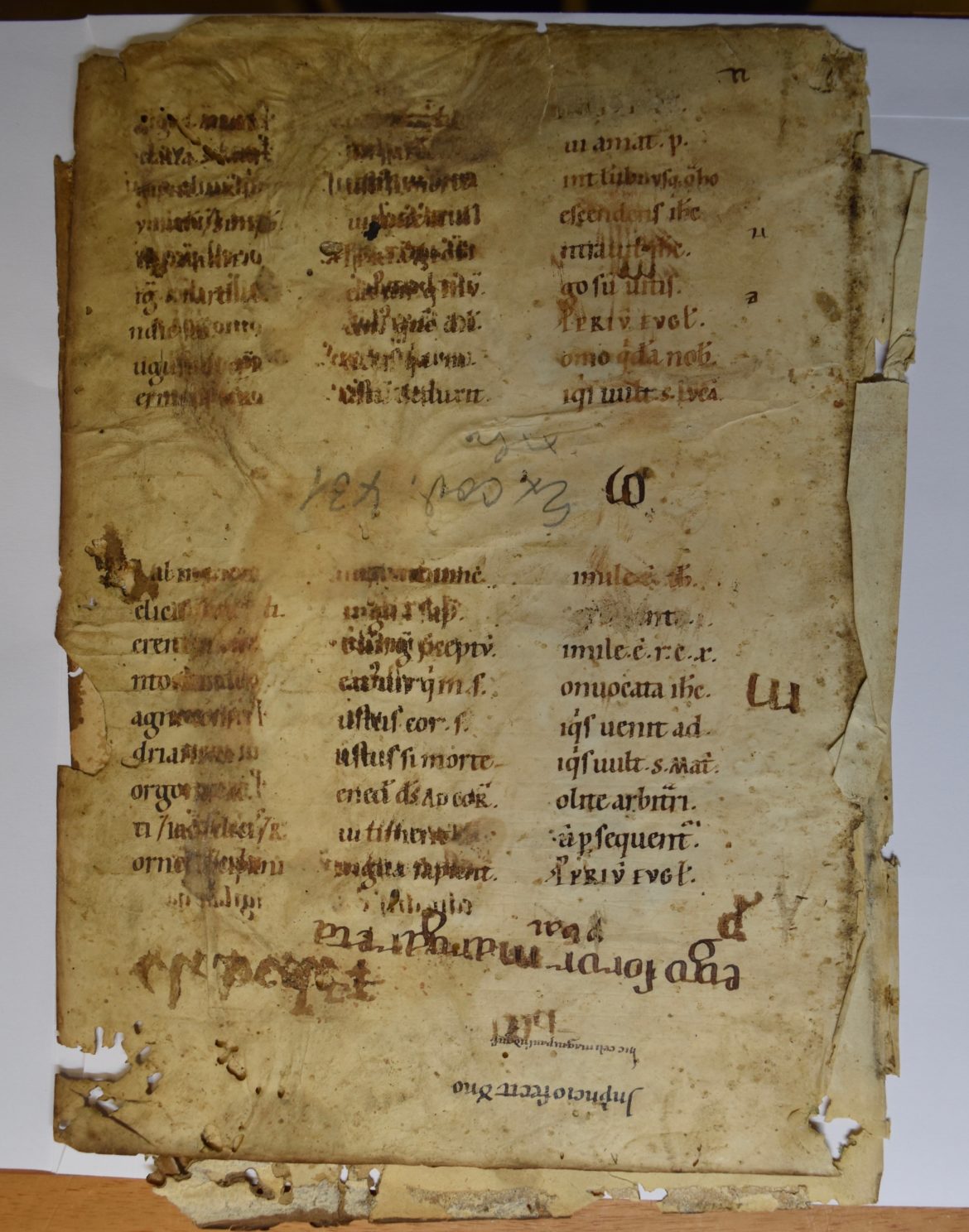 If you ever find yourself in Austria, you really should take the time to visit the monastery of Admont (in Steiermark, in Southeast Austria). The location is spectacularly beautiful, set in a valley framed by the alps.

The monastery itself, founded for men following the Rule of St Benedict in 1074, is rightfully proud of its beautiful eighteenth-century library, which is the primary tourist destination in the town.

But for fans of medieval female scribes, all of this natural and architectural beauty pales in comparison with the rich surviving evidence for an active workshop of highly trained nun-copyists at Admont during the twelfth and thirteenth centuries.

Admont did not remain all-male for long. Already in the eleventh century, women seeking to live a religious life began to gather informally, in small huts and houses, around the parish church dedicated to St. Amandus, just a few minute’s walk from the men’s buildings. At some point after 1115, the women were provided (“with the common consent of the monks”) with a purpose-built monastery of their own, just south of the men’s precinct, where they were organized more formally under the supervision of a female leader called a magistra.

The nuns of Admont are remarkable for their visibility, and not only as scribes. A truly impressive array of textual and material witnesses to their presence (the women at most of these so-called double monasteries are much more shadowy) and to their activities as biblical exegetes, letter-writers, preachers, and book painters have also survived. These were highly noble women, and they knew how to read and write — but also to produce new knowledge (especially in the form of biblical interpretation) and new texts. I will introduce you to Admont’s two most famous female scribes — Irmingard and Regilind — in a future post. I wrote about them extensively in my book, Women as Scribes. Here I want to talk about someone newly identified!

Just this past January, I spent a week at Admont (as I like to do!), working in the library. In one of our conversations, the monastery’s terrific new librarian, Dr. Karin Schamberger, mentioned to me that the she has begun the process of digitizing the library’s many medieval fragments — single leaves or smaller pieces of parchment — most of which were removed from early modern bindings in the 1950s and 1960s by Eleanore Klee, the woman hired by the monastery to restore its medieval books. Fragments?!! This was the first time I had heard anything about fragments preserved at the monastery. Folders and folders of fragments, as it turns out. A truly exciting collection!

Now anyone who knows me at all knows how I responded when Dr. Schamberger asked if I would like to see these fragments. Right. I spent the next two days gently opening folders and envelopes, making note of which bits and pieces could be dated to the twelfth century (several hundred had already been dated and photographed, others had not). Truly exciting, and made all the more thrilling for me by the prospect of finding something — anything — that suggested a connection to Admont’s nun-scribes.

At the very end of my second day of fragment-looking, just before time ran out and I had to pack up and head off to Munich, I came across an unimpressive looking pair of fragments removed from Manuscript 431 – a book, as it turns out, that contains the stories of a number of saints of special importance to Admont’s nuns. Have a look at this fragment below. You can see three columns of text, which seem to be gibberish-Latin, perhaps a scribe practicing a particular book hand? — correct me someone!:

As I said, I was hoping to find something nun-related somewhere amid these many fragments, but I was really not prepared for what came into focus when I inverted this particular one. Have a look at it again, in this orientation:

Right there at the top: “Ego soror Margareta” — I sister Margareta — in a nice (if not-yet-quite-expert) hand. This appears to be a pen trial (written when a scribe has cut or sharpened her pen and wants to test it out before returning to the work at hand). Sister Margareta! Another named female scribe from Admont, bringing the total to four! And Margareta has made herself visible. I won’t tell you what I said when I realized what I was seeing, but my husband David, who was working nearby, had to remind me to watch my language as there were monks about…

Margareta also tested her pen on parchment folios that Frau Klee did not remove from Manuscript 431, which helps to place this fragment within the manuscript in the twelfth century — further suggesting that the book itself was kept by the women at that time. Those favorite saints whose stories are recounted within this book (called a passional) — St. Amandus, St. Rupert, and St. Martin — make this argument for a provenance in the women’s community even stronger. And now I can go looking among the more than 200 twelfth-century books (many of which are now digitized and online) for more examples of Margareta’s scribal work. A good day in the archives!